Our heritage in the seedstock business has spanned over eight decades, dating back to the early 40’s when Nathan’s grandfather began a registered Hereford operation. Nathan’s father Harold continued raising and selling Hereford seedstock until 1983 when that herd was dispersed. It was at this time that the ranch was stocked with commercial Angus and baldy females. Although a few continental bulls were used in the 80’s, it became evident that the foundation of a strong cowherd was the use of an Angus female.

In the 90’s, registered Angus females were added to the herd, and during the winter of 1997, the commercial cowherd was dispersed, allowing us to transition once again back to a registered seedstock operation. Bulls were marketed privately until 2000 when the decision was made to have our first Angus bull sale.

Our family suffered a major loss in February 2003 when our father Harold lost his courageous battle with cancer. Nathan, along with his brother Justin, continued on with the registered herd the trio had been building. From then through the spring of 2016 the brothers’ marketed their cattle together with a May Production Sale as well as a December Production Sale added in 2014. The decision was then made in 2016 for both families to host a production sale at their respective ranches. 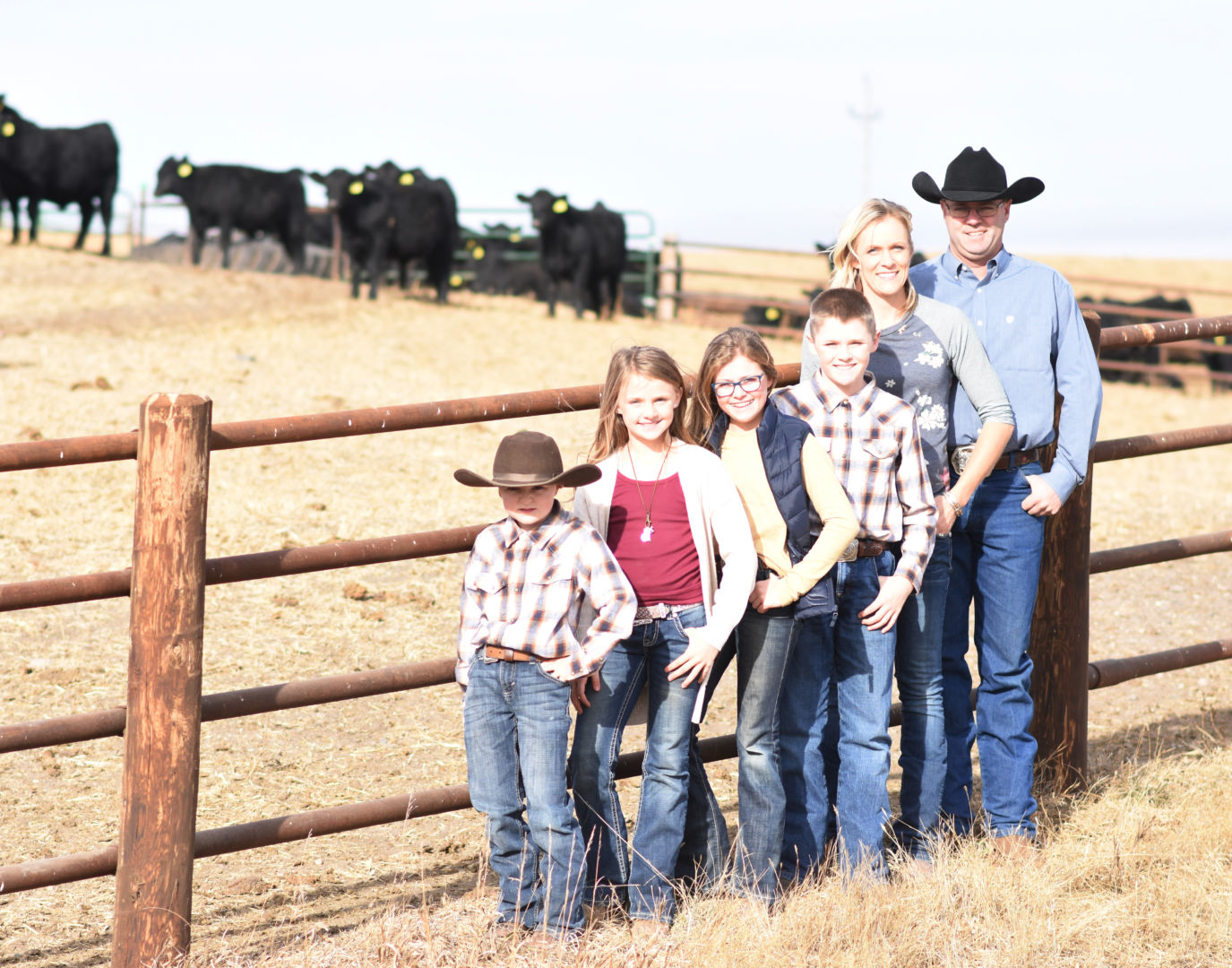 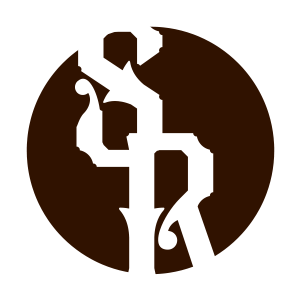 Spickler Ranch South is operated by Nathan & Emily Spickler, along with our four young children – Haylie, Trace, Kadence and Quaid. 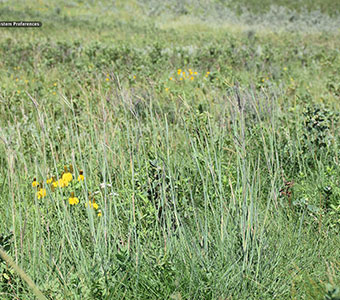 Our cattle run in the James River hills on native grasses that are a blend of both tall and short grass prairie. This region receives around 18 inches of annual precipitation, and has a wide temperate range. Our cows calve from mid-March to early May, are expected to breed back on time with minimal inputs, and raise heavy calves without creep. 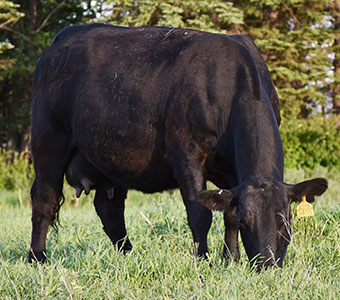 We realize the importance of the Angus cow and her ability to work for us. Consequently, we emphasize good-uddered, fertile, easy-fleshing females with excellent mothering ability. 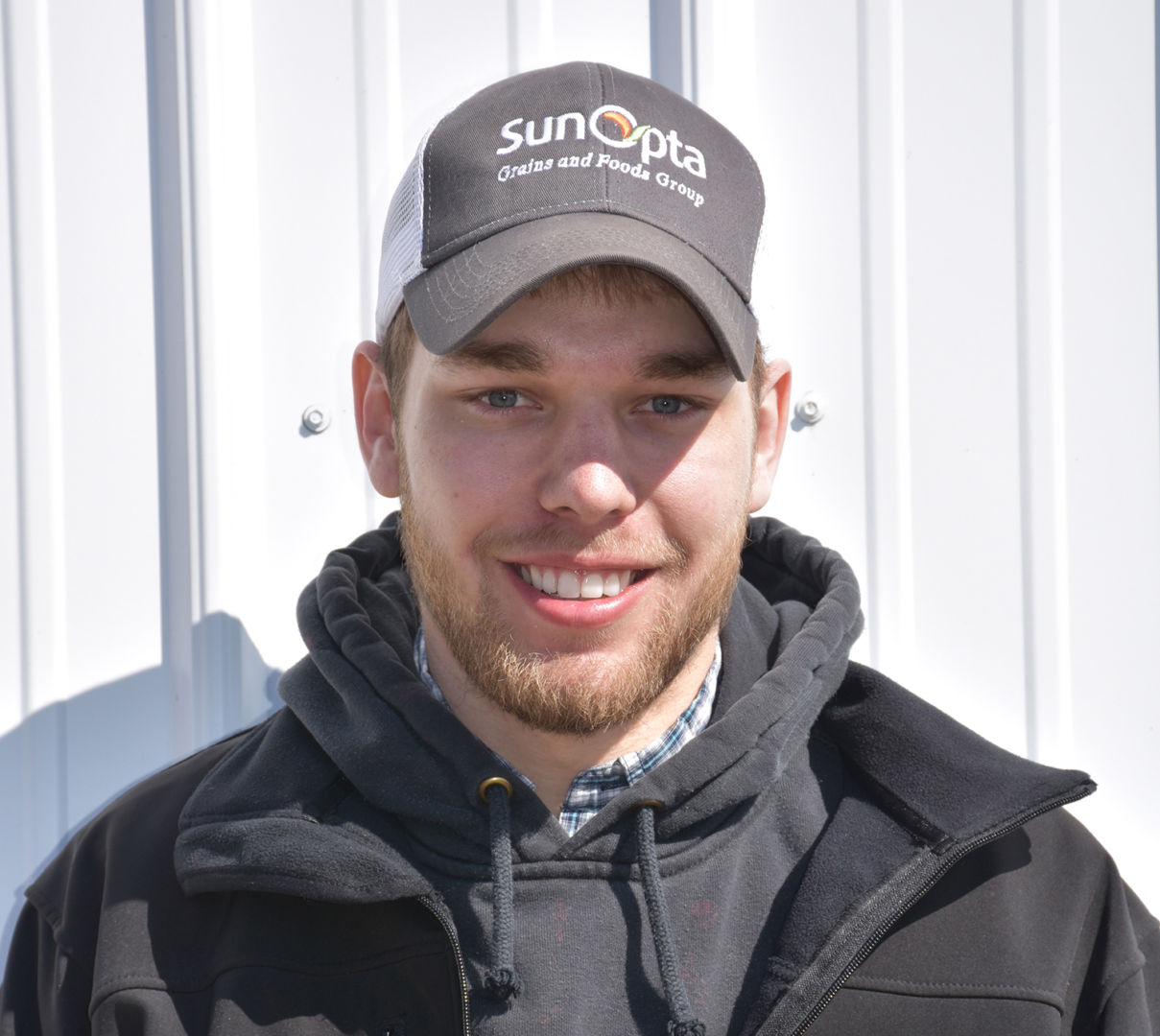 Austin Johnson has been a valuable part of our operation since the summer of 2011.